Since its opening in October 2015, The Dabney quickly became one of DC’s hottest restaurants. Foodies will make reservations weeks in advance to snag one of the spots in the restaurant’s 52 seat dining room. The Dabney sources its food from the Mid-Atlantic’s finest farms and purveyors. According to the restaurant, “The centerpiece of our open kitchen is a wood-burning hearth that allows us to showcase the region’s versatility while staying true to its classic cooking methods. In our dining room, guests will find bare tables and exposed brick walls, service that’s refined but relaxed, and a dining experience that’s unpretentious, delicious and fun.”

Early in the conversation, Jeremiah produces a culinary treasure that dates back centuries and is the main reference point for all of his menus. A copy of “Housekeeping In Old Virginia” has been a constant feature in Langhorne’s family kitchens (professional or otherwise) since it was written in the early 19th century. The family even contributed a recipe or two. The book contains a collection of regionally specific recipes from homemakers around the state. When presented with an interesting ingredient or a dish in need of reinvention, Langhorne turns to this book. 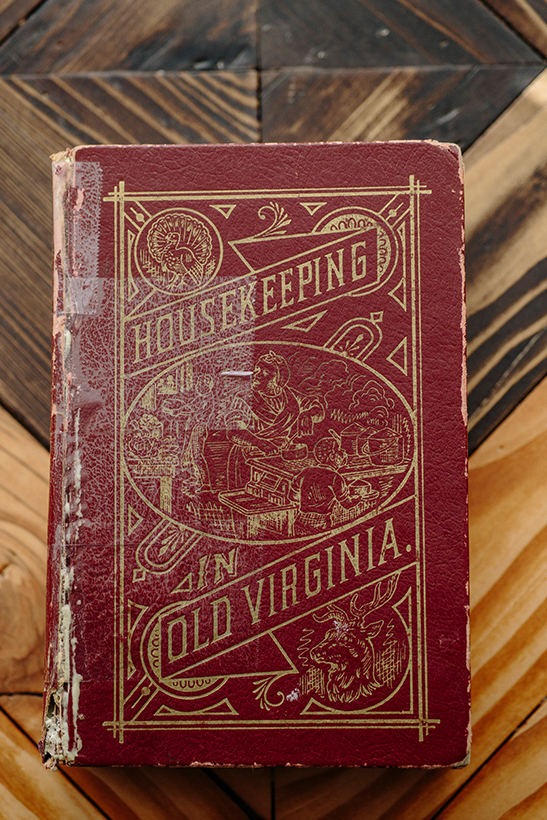 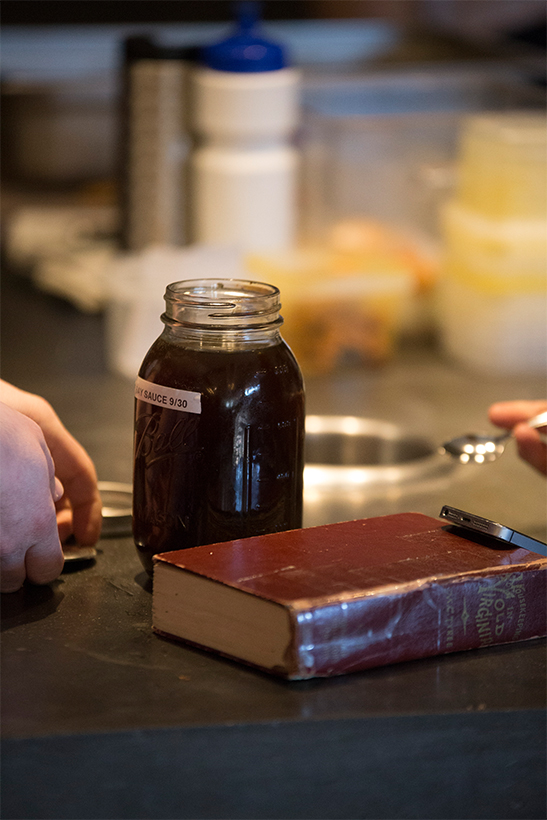 One recipe, in particular, stood out among the rest from this collection—Bay Sauce. Bay Sauce is a sauce that is made with young, black walnut leaves. “If you Google this, you can’t find any reference to it. It’s only in these 150 plus year old books, but it’s a really delicious sauce—it’s like a Worcestershire sauce with a nocino note mixed with it. (Nocino is a sticky, dark brown liqueur from the Emilia-Romagna region in northern Italy made by steeping unripe green walnuts in alcohol and then mixing the resulting black liquid with simple syrup),” says Langhorne. The sauce itself takes six months to make. It currently doesn’t exist anywhere in the world, which is one of the reasons Langhorne became fascinated with it and wanted to include it on his seasonal menu. “The reason why I love this stuff so much is that people were at their most creative because they were forced to be. They had no other option but to use the things that were around them. IF you have the same ingredients around you year after year after year, you start to become more inventive because you don’t want to eat the same thing all the time,” says Langhorne. 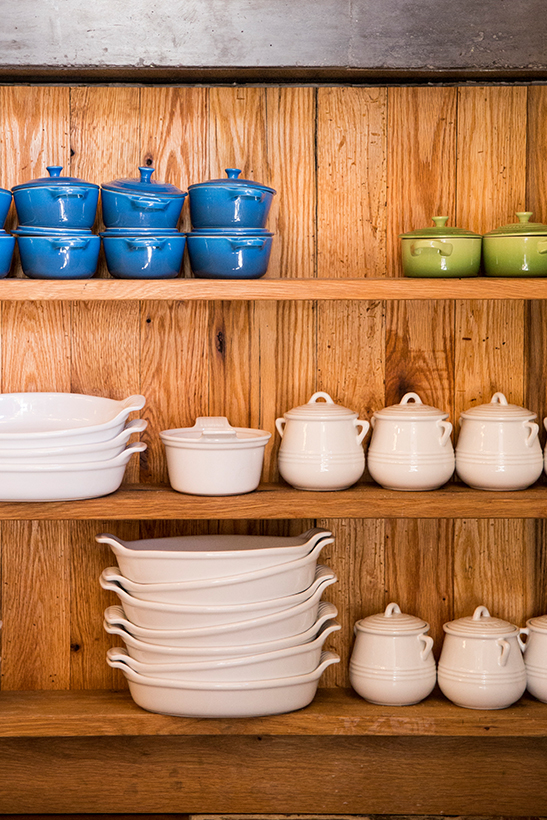 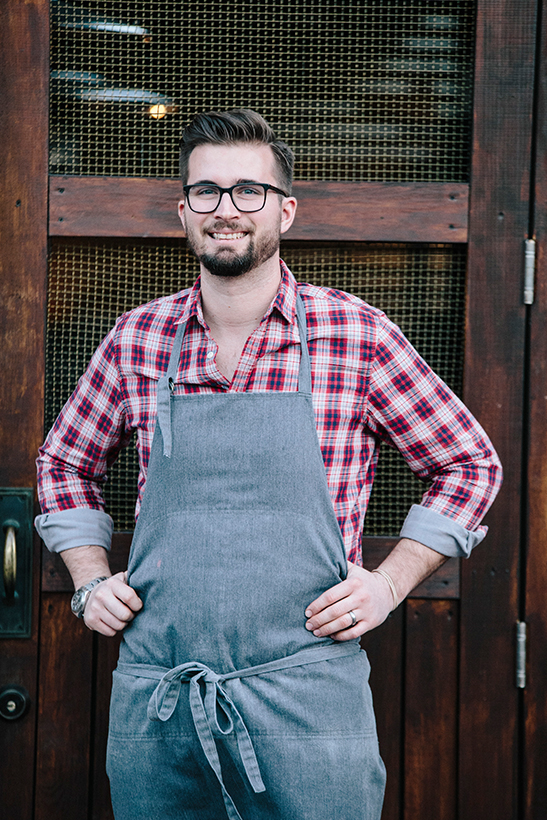 The sauce starts with black walnut leaves, usually mixed with wild horseradish, wild ginger, garlic, onion, and a vinegar. After this mixture steeps for 21 days it is canned and will last anywhere between three to six months. Black walnut trees grow wild all over Virginia, but no one uses them because they are difficult to process. They are deep inside their shell and hard to get to—and they are expensive, coming in at 16 dollars per pound. That being said, they create an identity of this region because of their abundance. According to Langhorne, “Everyone’s got that tree at their parent’s house where they twisted an ankle stepping on one (walnut). My grandparents look at them as a huge nuisance—’Damn black walnuts, always have to pick them up so you don’t run them over with the lawnmower’—but they’ve always been there and have always been something I’ve thought about in some way, shape or form during my life growing up here. So finding a way to make use of them really makes sense to me, especially since their flavor is so good.”

The Dabney aims to build up a pantry focused on regional items like Bay Sauce that set this restaurant apart from the rest. “We always have three or four of these projects [like Bay Sauce] going at a time in an effort to develop what this restaurant is—a functional museum of ingredients that are not just unique but representative of the area and delicious.”

We are a leather company.