It’s late in the day when we pull up to Bryan Hildebran’s workshop in an anonymous cinder block building set behind the collection of gas stations and local restaurants that qualifies as the main drag in Hickory, North Carolina. We’re here to watch the last few 33 Chairs from our initial order of twenty come together. Bryan’s staff come to him after they finish their normal days working for larger furniture makers in the area. He trades them interesting projects for their exceptional skill. This means, however, that the majority of the work on these chairs happens after five. So, even though the late winter sun is ready to set, we’re early.

Fortunately, there’s plenty to see and talk about as Bryan leads us through room after room of the building. Some rooms full of woodworking equipment and sawdust, others tight with neatly stacked chair frames (or pieces of frames) waiting to be assembled or stained. It was in these rooms that the frame of our chair was honed, its shape initially modeled after a piece found in a French flea market. Subtle adjustments to the frame—tilting the backrest a few degrees, flaring the arms slightly away from the seat, enunciating the way the chamfered edge of the back lines up with the tapered end of the armrest—improved the comfort and gave the seat a more confident stance.

When we return to Bryan’s workshop, his master sewer has arrived and laid five hides out on the cutting table. She confirms that we want the pronounced neck wrinkles framed in the center of the backrest—such a dramatic natural characteristic would typically be avoided in larger factories in favor of sections that would produce a more homogenous finished product—before deftly excising the pieces out of each hide with a buzzing electric knife. Pivoting to her sewing machine she maintains a friendly banter with Bryan and his wife as a heavy leather needle zips the pieces together to form the deflated but obvious lines of a seat. 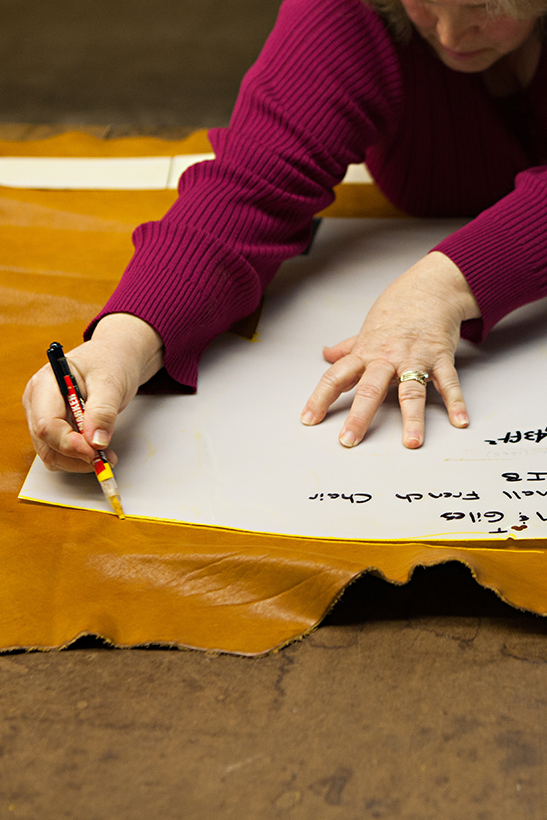 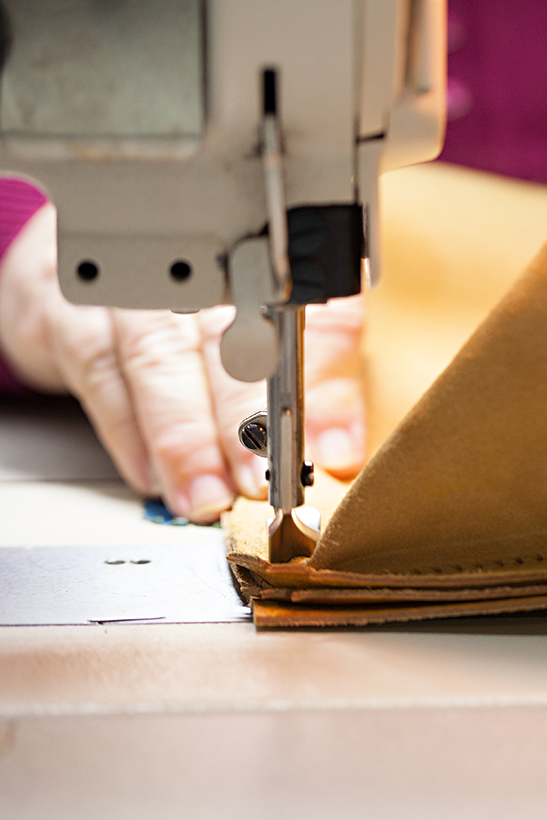 If you’ve never seen it up close, upholstering a bare frame is a combination of a weight lifters brute strength, and engineers mind for assembly, a sculptor’s eye for line and shape and a tailors manual dexterity. The man who arrives next is impressively broad shouldered and has one hell of a handshake. Using an intimidating assortment of tools that pull, tack, and flatten he is relentlessly methodical: tugging, folding, stuffing, and stapling in considered bursts before stepping back and consulting with Bryan about how it looks and what pitfalls to avoid in the upcoming steps.

The vegetable tanned leather is more sustainable than traditional leather, which makes it harder to manipulate around a frame but also gives the finished product an inimitable visual and tactile solidity. The work moves more slowly but no one seems to mind. Slowly the disparate pieces of the chair together begin to knit themselves into a cohesive whole. After seeing the sheer volume of effort, material, and technique that go into producing such a seamlessly made and intuitively comfortable chair we are inclined to add “magicians sleight of hand” to the list of skills required to work in this shop. 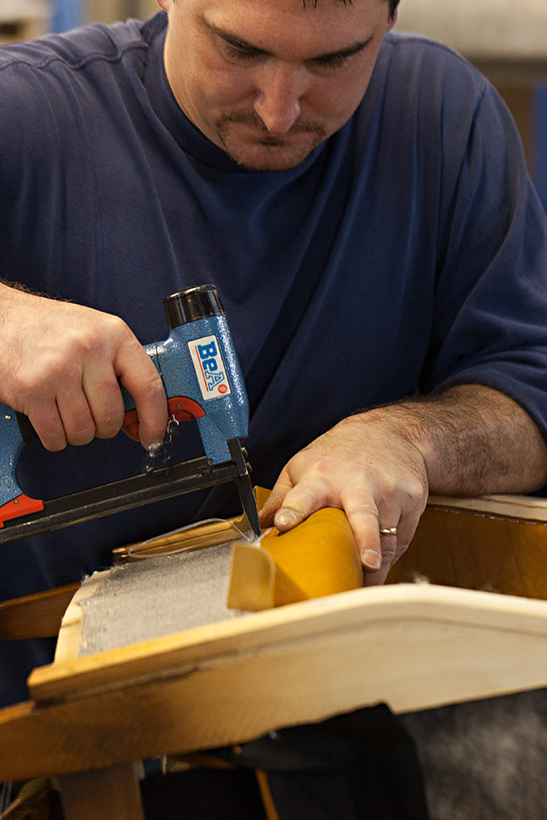 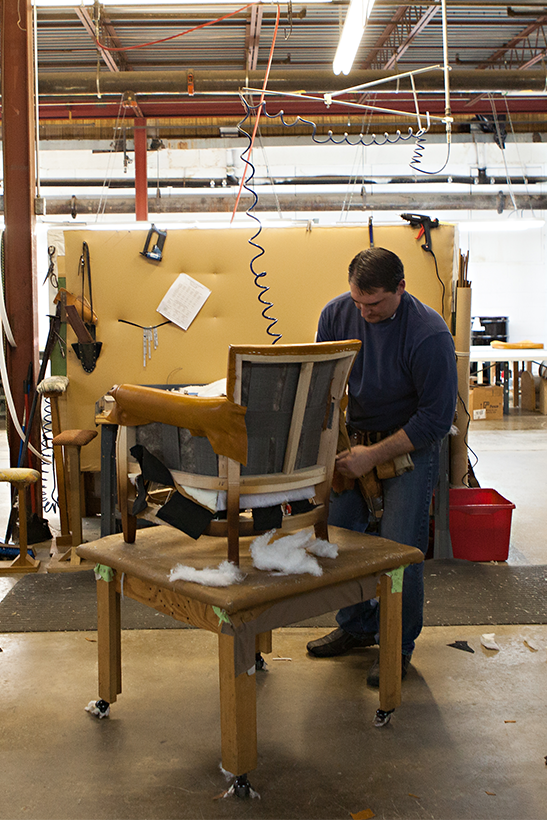 We are a leather company.